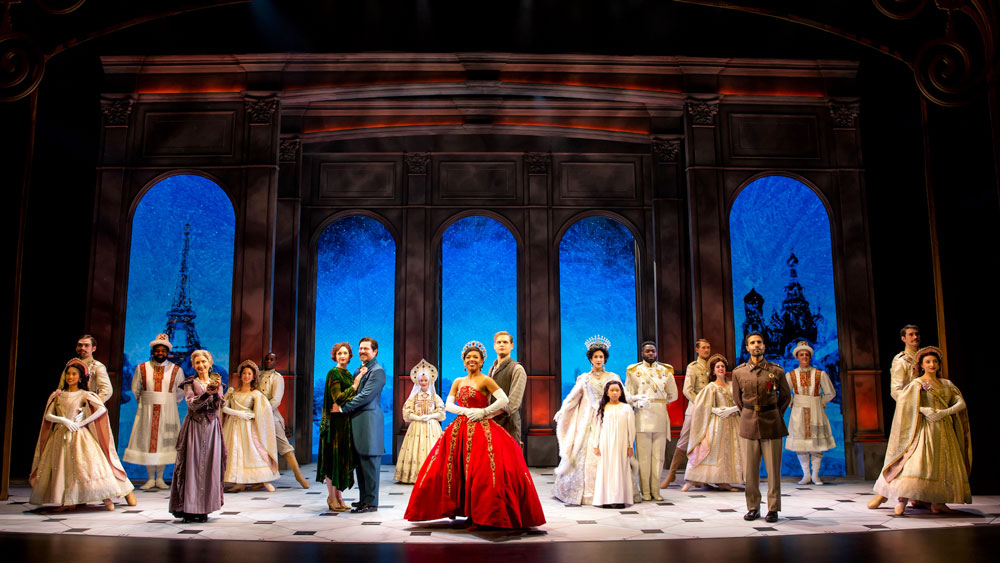 West Palm Beach, FL - (by CRL Media) - The Raymond F. Kravis Center for the Performing Arts announced that individual tickets for the ANASTASIA tour are now on sale at the Kravis Center's official website, Kravis.org/Anastasia.

From the creators of the Broadway classic and Tony winner Ragtime, and inspired by the memorable film, ANASTASIA is the new Broadway musical and according to the New York Observer it is "one of the most beautiful shows in recent years!" . This dazzling spectacle transports us from the twilight of the Russian Empire to the euphoria of 1920s Paris, as a brave young woman sets out to unravel the mystery of her past. Pursued by a ruthless Soviet officer determined to silence her, Anya enlists the help of a handsome con man and a lovable former aristocrat. Together, they embark on an epic adventure to help her find home, love, and family.

ANASTASIA began its Broadway performances in March 2017 at the Broadhurst Theater with critics exclaiming: “Ahrens and Flaherty have chosen the right moments to score, and their score here sounds full and complete, one of the strongest of the season! (NBC)” and “cleverly adapted by Terrence McNally, Anastasia is a sweepingly romantic epic historical adventure, beautifully staged to satisfy fans of musical theater (Time Out).”

The show played to sold-out audiences on Broadway for over 3 years before expanding its global "Fanastasia" community with touring productions throughout North America, Japan, Spain, Germany and the Netherlands. Worldwide, the show has been performed more than 2,500 times and has sold 3.4 million tickets. Additionally, the show has garnered more than 15 major international awards, including Tony, Drama Desk, Outer Critics Circle, and Best New Musical Awards in Spain, Germany, and The Netherlands.

The Original Broadway Cast Recording is available on BroadwayRecords.com, Amazon.com and iTunes. The 75-minute album features the Academy Award-nominated favorite song "Journey to the Past" along with new numbers from the show like "In My Dreams," "Still," and "My Petersburg."

About the Raymond F. Kravis Center for the Performing Arts:

The Kravis Center is a nonprofit performing arts center located at 701 Okeechobee Blvd. in West Palm Beach, FL. The mission of the Kravis is to improve the quality of life in Palm Beach County by presenting a diverse lineup of the highest quality national and international artists and companies and by offering comprehensive arts education programs – serving more than three million students since its inception. ; provides a home in Palm Beach County for local and regional arts organizations to showcase their work and also provides an economic and community leadership catalyst in West Palm Beach, supporting efforts to increase travel and tourism to Palm Beach County.